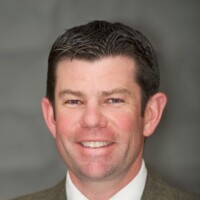 Matt has over 31 years of experience in the golf industry and has worked and taught at several clubs including Congressional Country Club, where he worked during The 1997 United States Open Championship. Matt became a PGA member in 2005 after completing the PGA's PGM program. Matt has recently earned the distinction of PGA Certified Professional in all four career paths. They are General Management, Golf Operations, Teaching and Coaching and Player Development. This will be Matt’s 13th season as the General Manager and Director of Golf at Falmouth Country Club. Before Matt joined the team at Falmouth, he was the Head Golf Professional in 2008 at The Golf Club at Oxford Greens in Oxford, CT. Before Oxford Greens, Matt was the Head Golf Professional at Lyman Orchards in Middlefield, CT where he spent the previous 8 seasons. Matt oversees the entire golf operation at Falmouth Country Club including the Clubhouse, Golf Shop, Outside Operations, F&B and Maintenance of the 27-hole facility.

Matt’s teaching philosophy is straightforward. Golf is a game that we play for fun. He also believes that keeping it simple with a good grip, setup and proper alignment, any student can correct fundamental flaws that might affect their swing. Matt leads our teaching staff and can be reached at (508) 548-3211 or mburgess@falmouthcountryclub.com.